Don Hutson assists an unidentified young woman at the Packer Playdium, February 7, 1942. During the Green Bay Packer's early years, many of the players were employed in second jobs during the off-season. Don Hutson ran two well-know Green Bay businesses -- the Playdium and Don Hutson Motors. According to the 1945 Packer Press Book, other players worked outside the field as well. Arnie Herber operated a soft drink company in De Pere, Don Perkins drove a truck at Leicht Transfer and Storage, and innumerable players joined the army. 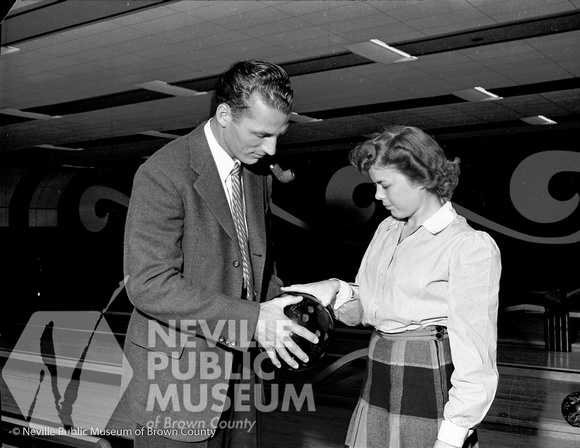