This photograph shows the WFRV-TV 5 NBC station in 1961. The station is located at 1181 E Mason Street. The station first went on air on December 10, 1953, originally broadcasting from Neenah. The station moved its city of license to Green Bay in the late 1950’s and received its NBC affiliation in 1959. Some of WFRV’s early claims to fame included being the first television station in Northeastern Wisconsin to broadcast in color in 1958 and they were the first station to cover the lunar eclipse in 1959.

Photo #18.1988.247
© The Henry Lefevbre Collection of the Neville Public Museum of Brown County 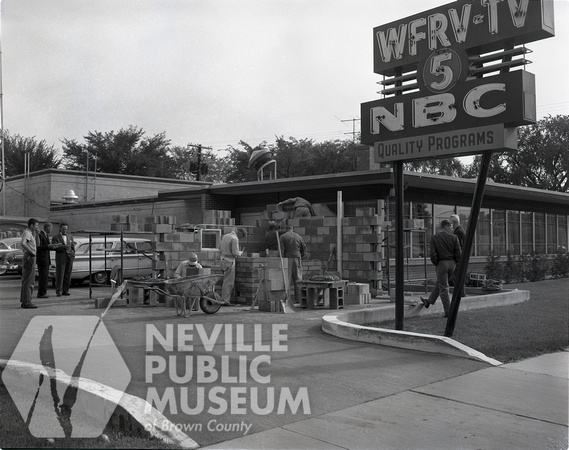