Interior of Kaap's Restaurant, February 5, 1964. Kaap's Restaurant began as an accident, rather than Otto Kaap's desire to run a candy shop. In 1909 Kaap worked as a teller in the Bank of Green Bay while playing drums in the Bijou and Orpheum Theater Orchestras in the evenings. In an effort to attract a trumpet player from Oshkosh to the Orpheum Orchestra, Kaap invested his savings into relocating the man to Green Bay and assisting him in opening a candy shop.

Within a short time, the man's business failed and Kaap took over the shop in an effort to save his investment, despite having no candy-making experience of his own. The shop was first located at 125 Main Street where Kaap spent nights after performances making candy for the following day.

After about a year, Kaap moved the business to 211 Pine Street to save $5.00 a month on rent. At this location he expanded the business with a small ice cream parlor. In 1914 he moved the business to Washington Street, where he was able to add sandwiches to the menu and begin a Tea Room. These expansions required more space, for which Kaap provided by purchasing the Slip Allen Saloon next door, and later, Grunert Jewelry.

By 1964 the candy shop, bakery and restaurant occupied two stories and had a staff of more than 100 people. The store finally closed when the Greater Green Bay Urban Renewal Project decided to raze Kaap's Restaurant, along with other downtown businesses, to make room for the Boston Store in the late 1970s. 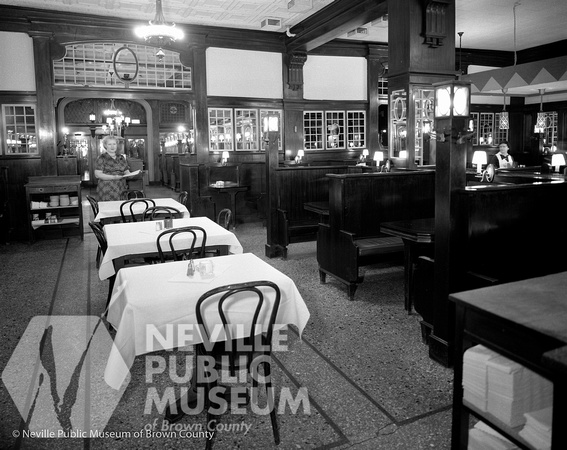