White Sucker Fishing A group of men and boys fish for White Sucker Fish in Pamperin Park's section of Duck Creek, ca. 1955. While the White Sucker is often considered an undesirable and uneatable fish, it was once held in high regard. During the 19th and first half of the 20th centuries, many fishermen considered the White Sucker's early spring spawn runs in Great Lakes tributaries to be the beginning the fishing season. Suckers were dip-netted and sold in the market under the name of "Mullet". The same name continues to grace many small Wisconsin creeks and streams, as well as to the larger Mullet Watershed Area located west of Sheboygan. 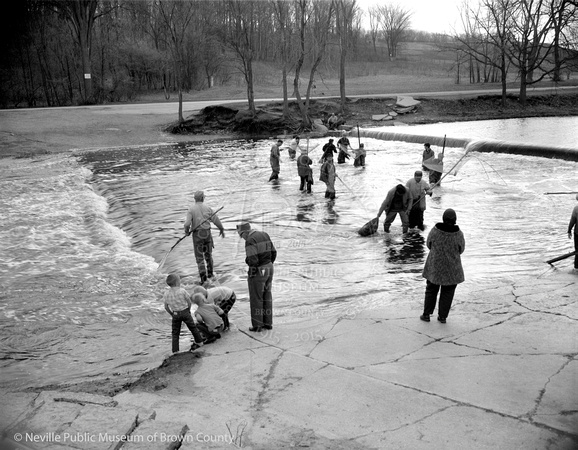