This 1967 image shows Father Groppi, a native of Milwaukee, Roman Catholic priest, and civil rights activist, speaking at St. Norbert College. Groppi, was influential in the effort to pass a fair housing law in Milwaukee where it was met with open hostility. In the late 1960s Green Bay, along with many other Wisconsin cities, debated whether or not it needed a fair housing law. In October of 1968, the city council passed a strong fair housing ordinance by a vote of 26 to 2. 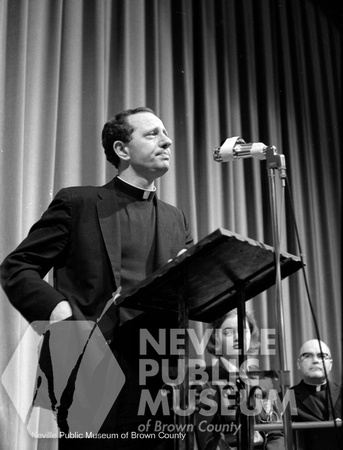