In 1929, Mother Nature played a cruel April Fool's joke on the residents of Green Bay and the surrounding area by dropping 16.7 inches of snow between March 31st and April 2nd. This view looks west on Walnut Street with the Bellin Building in the background on the left and the Minahan Building on the right. Due to inadequate hauling equipment, the snow was left to melt in the warmer spring days that followed.

Photo #6209.134.
The Otto Stiller Collection of the Neville Public Museum of Brown County. 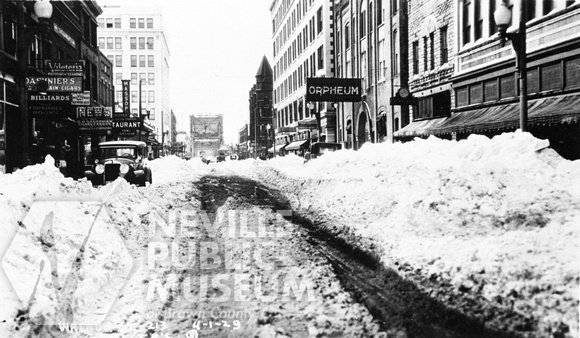