Construction workers take time out for a photograph on the porch of the Gustave Heit home at 330 Pine Street. The men were building the Hotel Northland located to the left of the house. Construction on the hotel began in 1923 with the grand opening in March 1924. According to the March 20, 1924 announcement in the Green Bay Press-Gazette "Money has been no object in making it the finest in decorations and furnishings in the state and the service in every respect will be of the highest character." 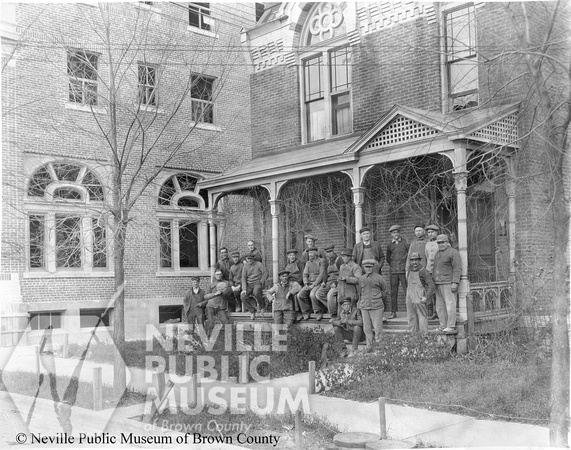