Lawrence Kujava ‘s crew work at the Preble State Bank to hang a banner for the Preble Centennial celebration on July 17th, 1959. The Preble area was first occupied by German settlers in 1836. It wasn’t until 1859 that a petition was taken to the Brown County Board to set the town apart from Green bay. The Centennial was held in September of 1959 and included a two day celebration with a community picnic, parade, dance competitions, and the erecting of a large granite monument. 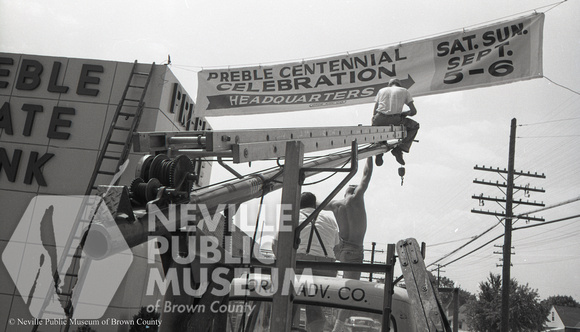