Crowds gather outside of the Fox Theater on Washington Street in Green Bay, 1931. Since its opening in 1930 as one of seven vaudeville and movie houses in the area, the Fox underwent several changes. These included a bankruptcy in 1933 that led to the theater's operation under the new name, the Bay, and later being converted into a movie multiplex. In 1998, the theater underwent a restoration and rechristening as the Meyer Theater, now hosting live performances. 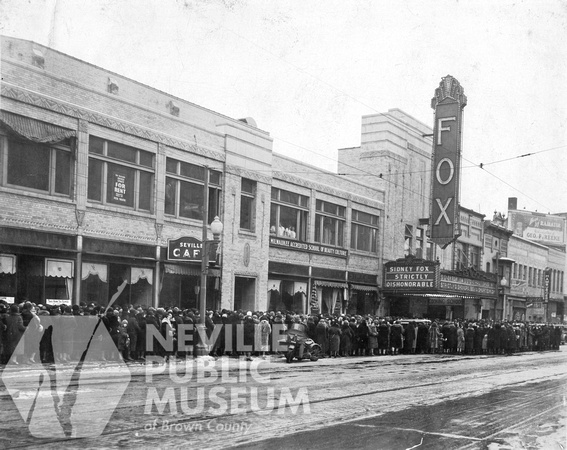