The scenery certainly has changed since this photograph was taken in 1905! On the northeast corner of Walnut and Washington Streets is the three story American House which was razed around 1906 to make way for the Minahan Building, which was razed in 1983. Across Walnut street is the Bijou Theater, converted from a livery stable. Patrons of the establishment agreed that the "atmosphere" of the building's former tenants lingered for quite some time after.

Photo #6209.198.
The Otto Stiller Collection of the Neville Public Museum of Brown County 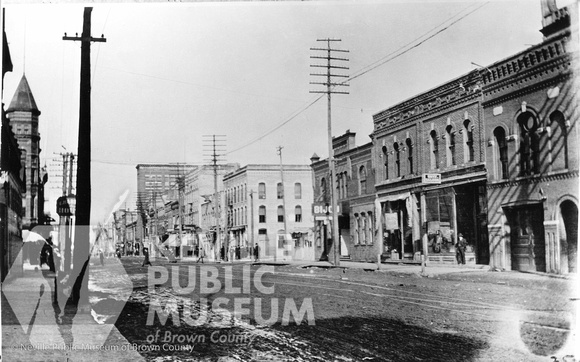