Crowds line the Chicago and North Western Railroad tracks after two trains collide in De Pere, Wisconsin, June 24, 1901. During the morning of June 24th, the crash between a Chicago and North Western freight train and a nine-coach excursion special bound for the Turner's State Saengerfest in Green Bay left six dead and fifty-five injured.
According to reports published at the time, the Chicago and North Western Railroad knew that both trains were on the same track, and ordered the train that arrived in De Pere first to pull onto a side track and allow the other train to pass. Less than 45 minutes later, the passenger train's engineer saw the oncoming freight train, slammed on his air brakes and jumped with his crew. However, the train continued to move, resulting in a direct collision that pushed the baggage coach into the crowded second coach, killing passengers and derailing both engines. 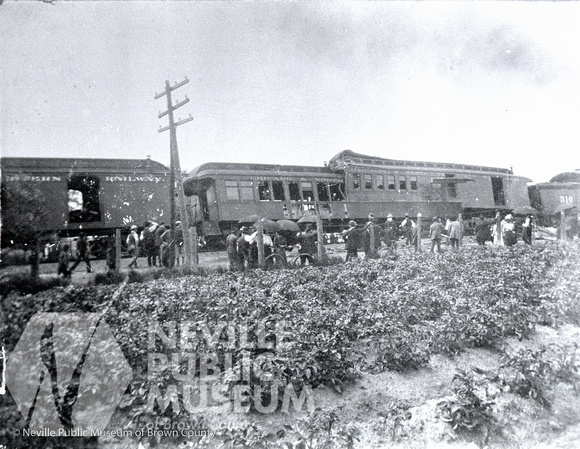