Brewery employees stand in front of the brewery, ca. 1870. Blesch's Bay Brewery was one of many established in Green Bay during the middle 19th century. While Hochgreve, Rahr, Hagemeister, and Van Dycke all began breweries, Francis Blesch was the first to brew in 1851, after he settled in the town of Ft. Howard the year before. For several years, it was the only brewery in the area, and demand for its product allowed a larger building to be constructed in 1856. The Brewery continued to prosper until it closed in 1879, around the time of Francis' death. 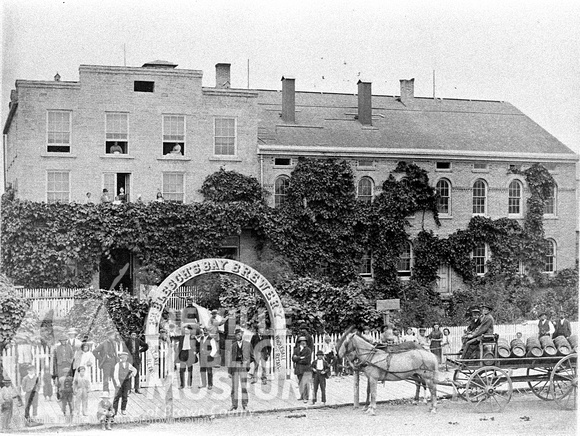