German Bathing Club. W.C. Hinosdale salutes the camera with a beer during a club picnic, ca. 1900. The German Bathing Club, later known as the Green Bay Bathing Club, was a social group that flourished between 1898 and 1903. Each Wednesday afternoon, the club chartered a Denessen steam ship, the Nettie, for transportation to the long-tail point lighthouse, the site of afternoon picnicking and swimming. Like many private social clubs, the organization gradually disappeared as its members lost interest in the activities. 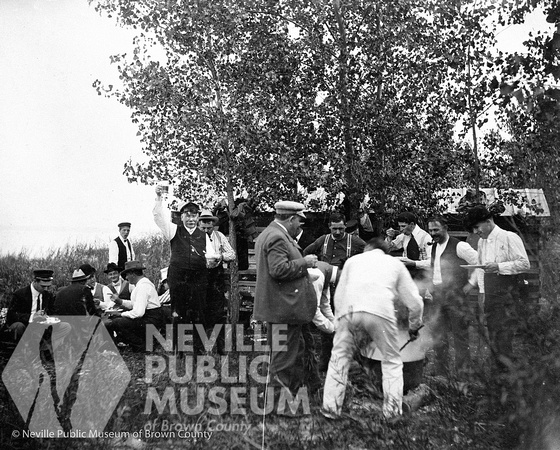