Col. John Glenn partakes in the commencement march at St. Norbert College. Glenn became the first American to orbit the Earth, aboard the Friendship 7, in 1962. This made him the third American in space and the fifth person in space. Glenn resigned from the space program in 1964 to run for senate in Ohio. He also took the title of the oldest person to go to space at the age of 77 in 1998. 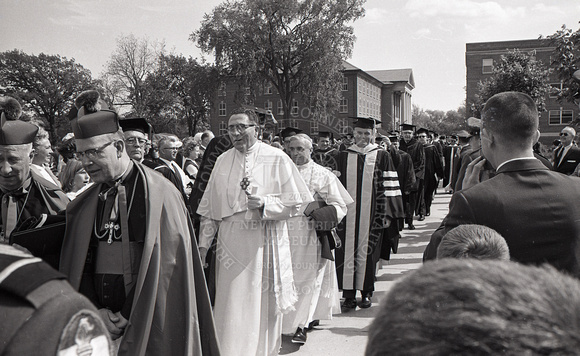