Mrs. Jules Van Derel strolls by St. Vincent Hospital with her child, ca. 1898. In 1888, four nuns from the Hospital Sisters of the Third Order of St. Francis established St. Vincent Hospital in Green Bay. The original structure was built on the corner of Webster and Porlier Streets, across from the Monastery of Our Lady of charity of Refuge, Good shepherd Home, that was also run by the Catholic Diocese.
During the 20th century, St. Vincent Hospital continued to be updated and expanded through donations from local residents. Eventually it became one of the tallest structures in Green Bay, moving from a small general hospital to one featuring more specialized care. 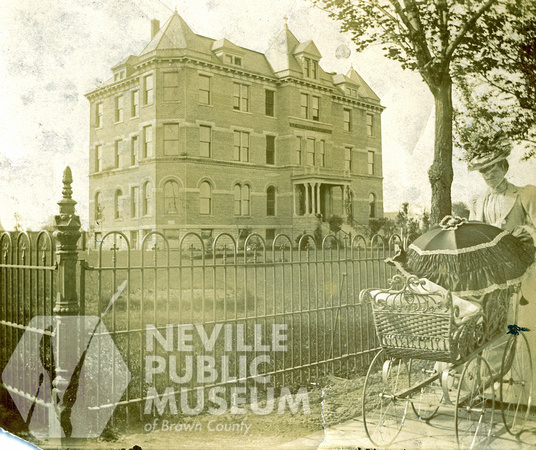